Free swim lessons for local students will continue thanks to donations 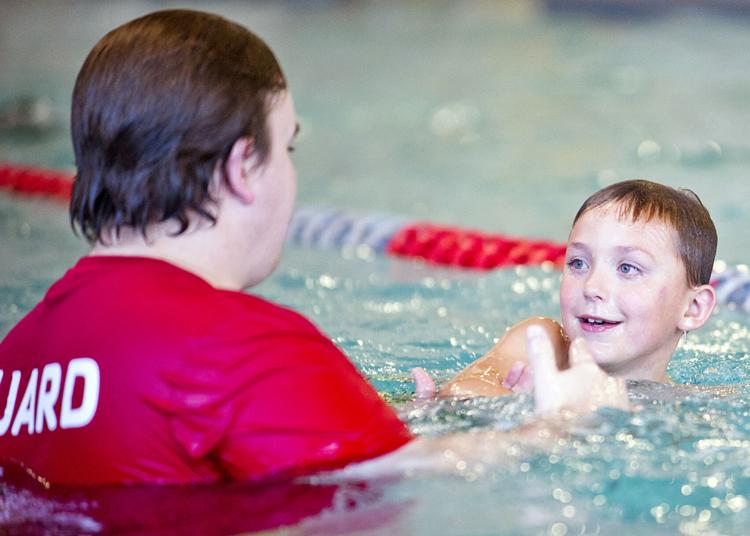 The Make a Splash program, which started in 2018 in the Stanwood-Camano area, provides free swimming lessons at the Stanwood Camano YMCA to all third-grade students in the school district.

“The plan is in the fall to start getting all the third-graders as well as the fourth-graders who missed out last year,” said Dan Powell, branch executive of the Stanwood-Camano YMCA. “It’ll be a busy year, but we think we’re up to the task.”

Typically, each class of third-graders is in the pool for 45-minute lessons. Students are divided into groups depending on skill level and coached by several aquatics instructors in the pool. The kids also practice and demonstrate safe rescue techniques with each other, and instructors quiz them throughout the week on safety.

The program is largely funded through donations by local Windermere Stanwood Camano owners and agents.

“We’re surrounded by water, and so many kids don’t have the opportunity to take swim lessons,” said Marla Heagle, a Windermere Stanwood Camano owner. “We just felt it was something kids here can benefit from.”

Once Heagle saw the kids in action during one of the first lessons in 2018, she said “I just knew this is our deal. We just can’t let it go.”

The effort is part of this year’s annual fundraising campaign at the YMCA, which is focused on helping to support youths in the community who have been affected by the pandemic.

“This year, our entire goal has been making sure families and kids have support they need,” Powell said. “As we come out of the pandemic, we want to make sure there’s stuff for youths to do and that we’re tending to their mental health.”

The fundraising campaign is nearing its $150,000 goal, which will largely be used to hire staff for youth programming, including starting a youth swim team and hiring more lifeguards. During the pandemic, the YMCA reduced its staff from 112 to 32.

To help close the fundraising gap, Windermere and popular Northwest fast-food chain Dick’s Drive-In have partnered to bring a Dick’s Burger food truck to the parking lot near the YMCA from 4-7 p.m. Tuesday, April 13. Customers can round up the price of their orders to donate to the YMCA.