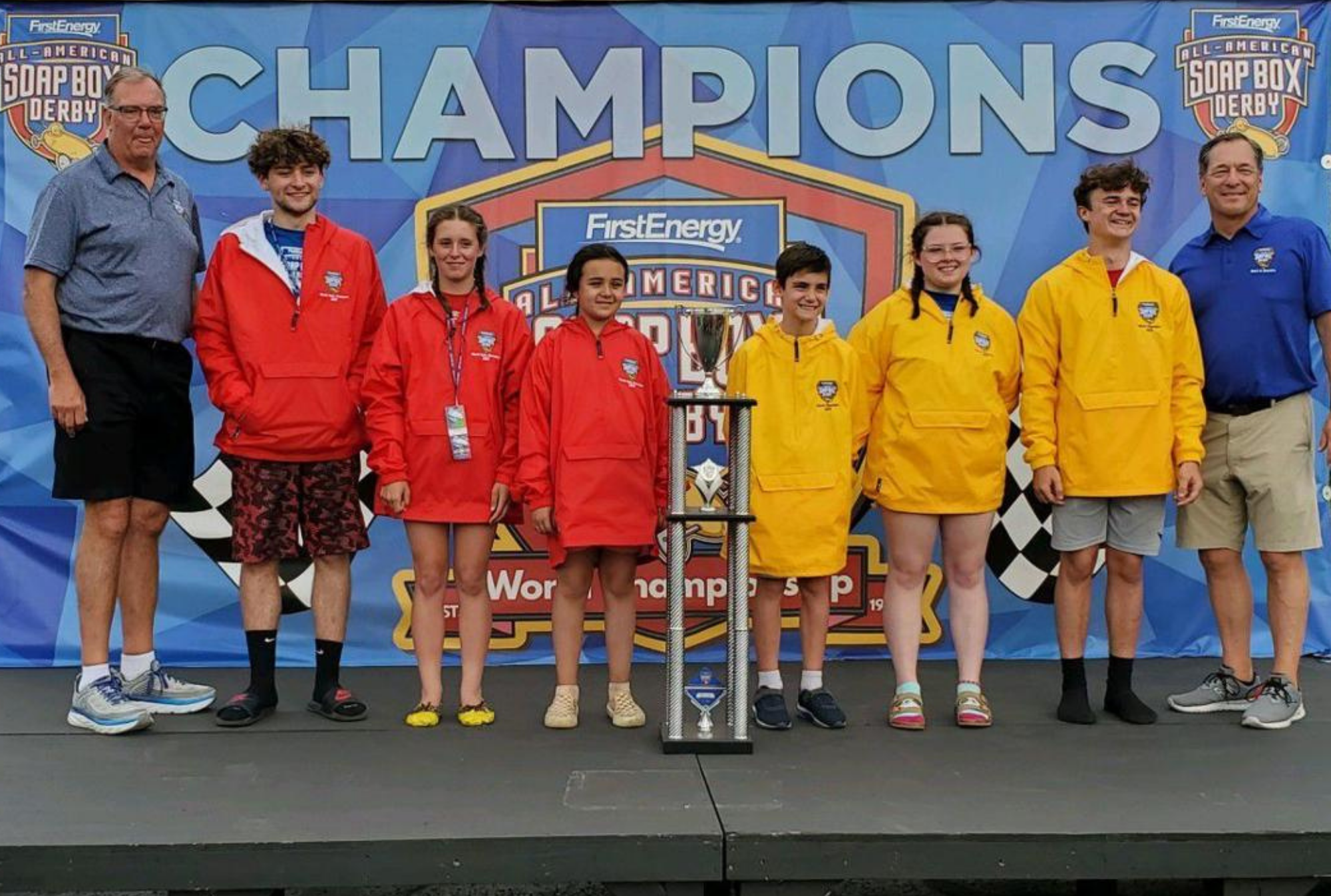 Siddle, 11, became the first racer from Washington to win a All-American Soap Box Derby title since David Krussow of Tacoma in 1966.

“It means a lot because last time I came here I was one-and-done, but now this time I won,” she said during the live video interview after winning Saturday.

Siddle was one of about 50 racers in her division. Overall, 129 girls and 133 boys competed in the return to racing after the coronavirus pandemic canceled last year’s event, which features six divisions. 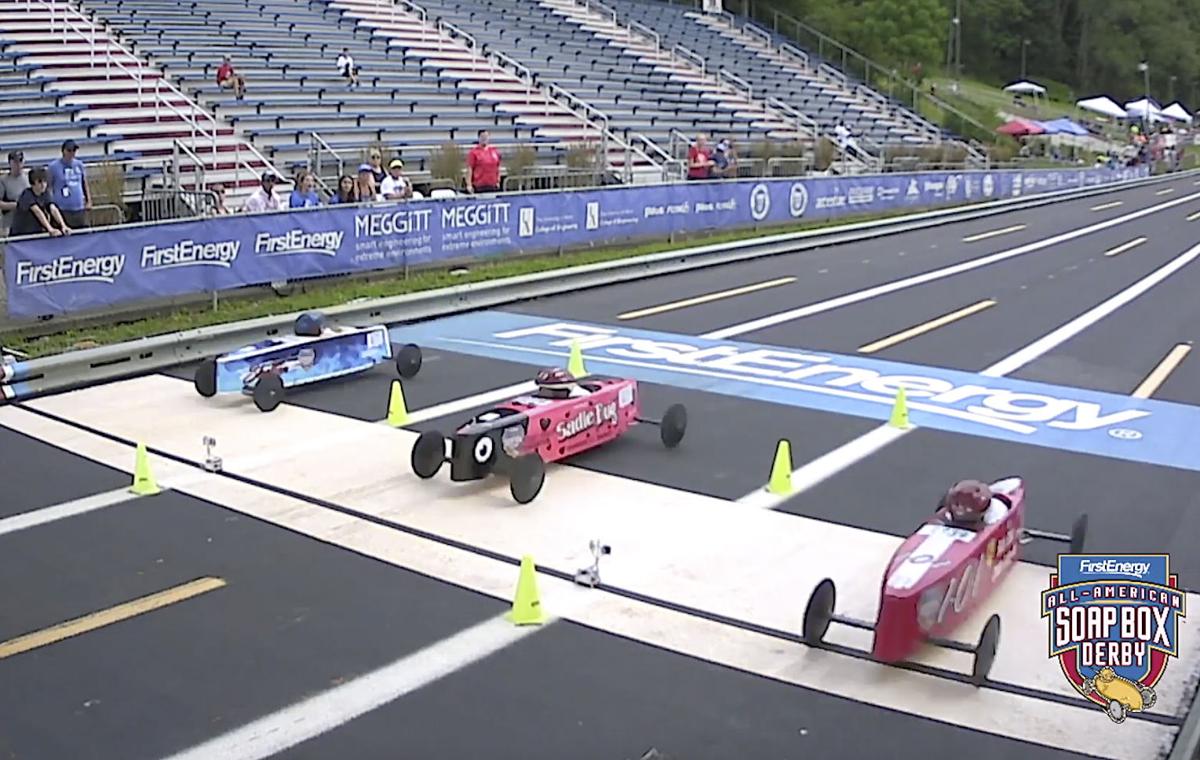 Siddle also won a $3,000 scholarship in addition to the trophy, a champion ring, a red jacket and bragging rights.

“It’s been a super good week,” he said. “Really happy with how I did.”

Upon winning the Rally Masters 3-Lane Challenge race, Johnson was immediately ushered back to the top of the Derby Downs hill to start the Legacy World Championships.

“There was no time to celebrate because the legacy car was at the line ready to go,” he said.

No matter. He went on to win that event, too. 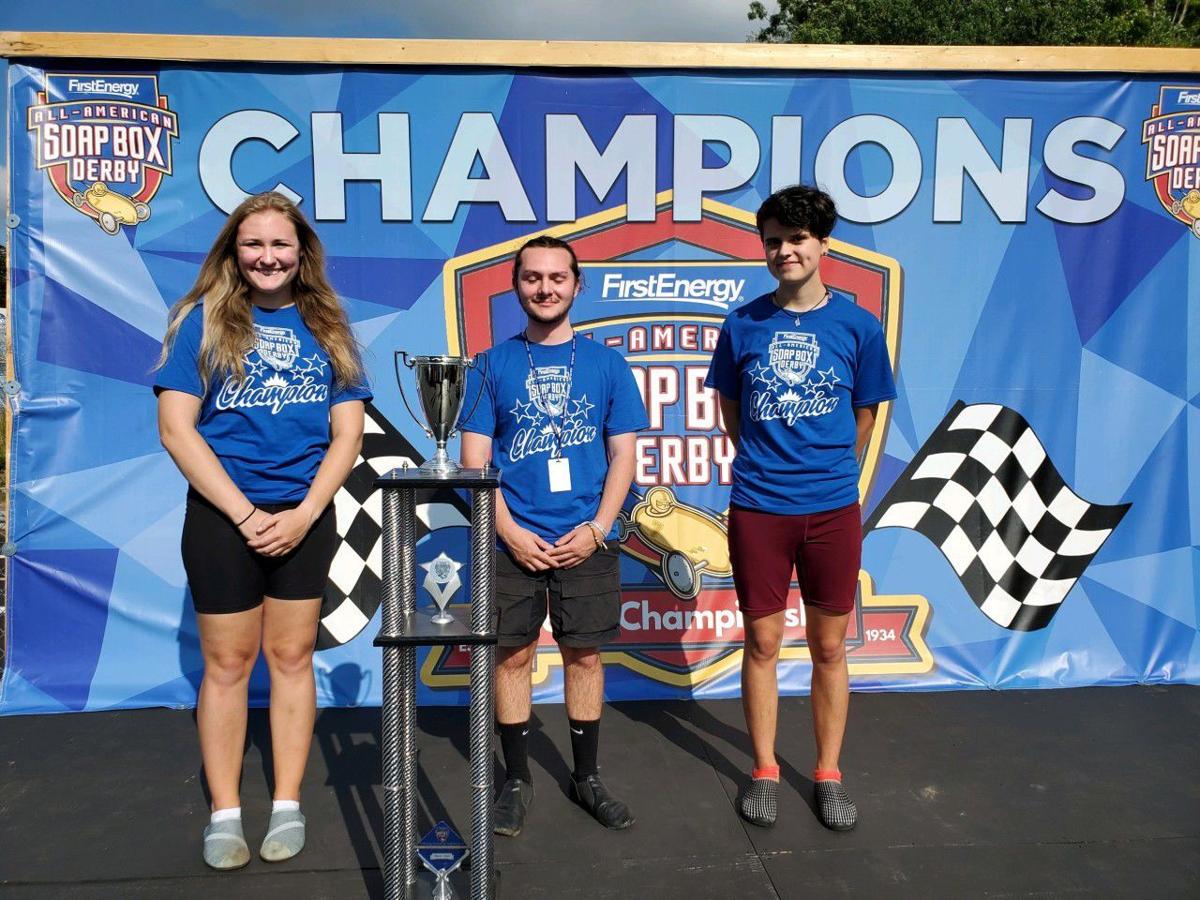 The Master’s Rally is regarded as one of the more demanding races because the racers swap wheels and lanes over several heats. It’s unlike the main event Saturday where racers get one shot at advancing.

The Legacy World Championships race is the division where cars are custom designed for elite older drivers. Ronan Johnson finished second in 2019.

Two other local racers — Camden Tatarian and Avery Rochon — competed in the derby after winning their divisions in the 14th annual Windermere Stanwood-Camano Soap Box Derby in June at Arrowhead Ranch on Camano Island. In that race, Tatarian, 7, won the stock division title, and Rochon, 16, took the super stock division trophy.

“We’ve got some great racers (in the Stanwood-Camano area),” Rich Johnson said. “(Tatarian and Rochon) just ran into some bad luck” Saturday in Ohio.

But this isn’t the end of the soap box derby season. Siddle and Ronan Johnson are stowing cars and gear in Indianapolis for rally races later this year.

It’s something they’re used to. Ronan Johnson and Siddle qualified for the Akron races after accumulating enough points in the rally circuit last year after races in Las Vegas, Florida, California and Tennessee.

“We took last November to travel around. It was possible because school and work was virtual because of the pandemic,” Rich Johnson said.

Related Articles
Buying Understanding Commercial Leases Commercial property is a property designated for business purposes rather than for personal usage or housing. Renting this type of property is a huge asset to business owners, seeing as it affords much greater flexibility than buying and can significantly reduce upfront real estate costs.  . Being a commercial property tenant also requires the use […]
Community 78 kids battle on the track for soap box derby title By Evan Caldwell | June 21, 2022   Bella Siddle is heading back to Akron. Siddle won the super stock division Saturday at the 15th annual Windermere Stanwood-Camano Soap Box Derby on Camano Island to win a trip to the 84th annual All-American Soap Box Derby Race Week in Akron, Ohio, taking place July 17-23. Read […]
Housing Trends How to be a Good Renter If you’re trying to find a house or apartment to rent and haven’t had any luck, don’t worry—this article is here to point you in the right direction. . Most landlords and property managers are looking for tenants who will pay rent on time, respect their property, and not cause any trouble. That’s why, when […]