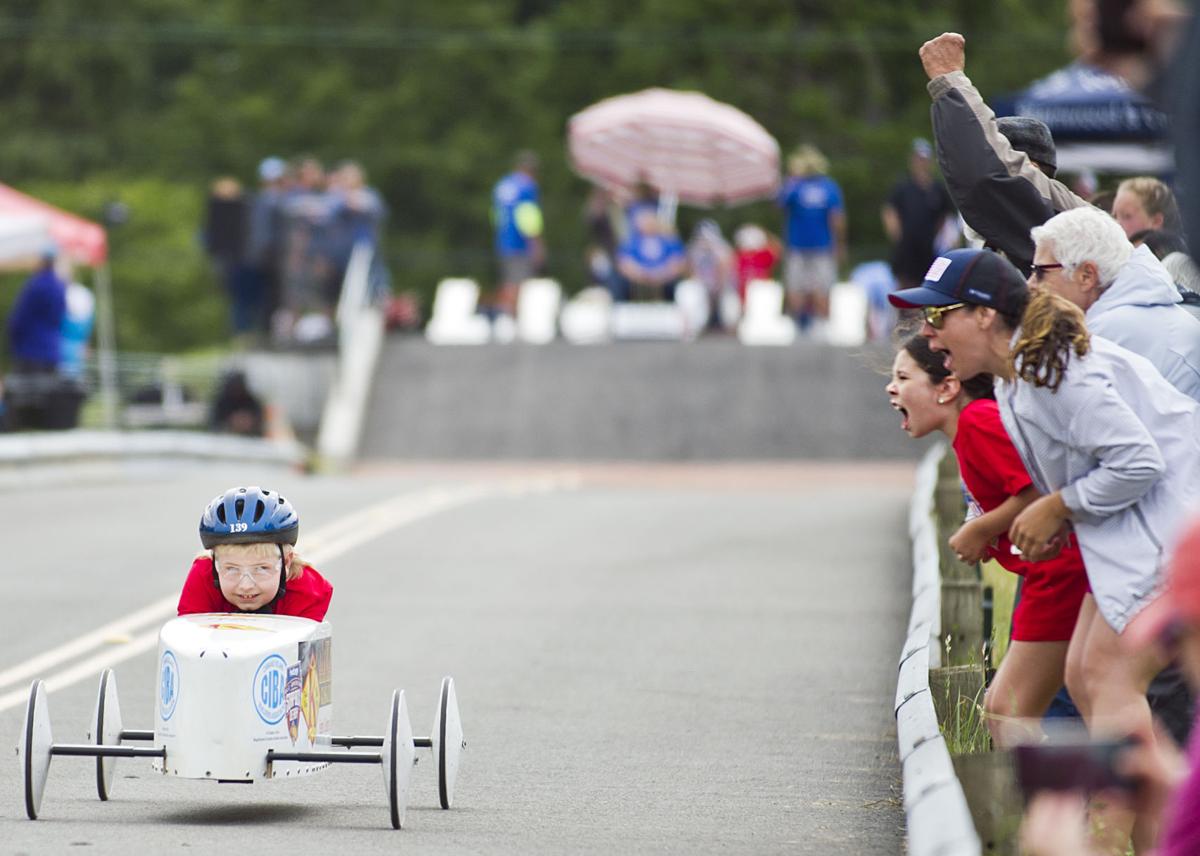 “I love this. Just love it,” the 9-year-old said. “I’m usually nervous at the top, but I’m exploding with excitement while I’m going down the track.”

Sanita was one of 76 racers to battle two-by-two down the derby track Saturday at Arrowhead Ranch on Camano Island. Though she placed eighth in the stock division, she also earned the derby’s largest trophy: the Harry Brown Sportsmanship Award for demonstrating true sportsmanship throughout the day.

The 14th annual Windermere Stanwood-Camano Soap Box Derby returned this year after COVID-19 forced the popular race into the pits. Nearly 1,500 people returned to Arrowhead Ranch this year to watch a full day of racing at the largest derby west of the Mississippi River.

At the end of a long day on the track, Camden Tatarian won the stock division title, and Avery Rochon took the super stock division trophy. Their prize? A trip to the annual All-American Soap Box Derby Race Week, taking place July 24, where racers compete for the title of world champion and more than $36,000 in college scholarships. 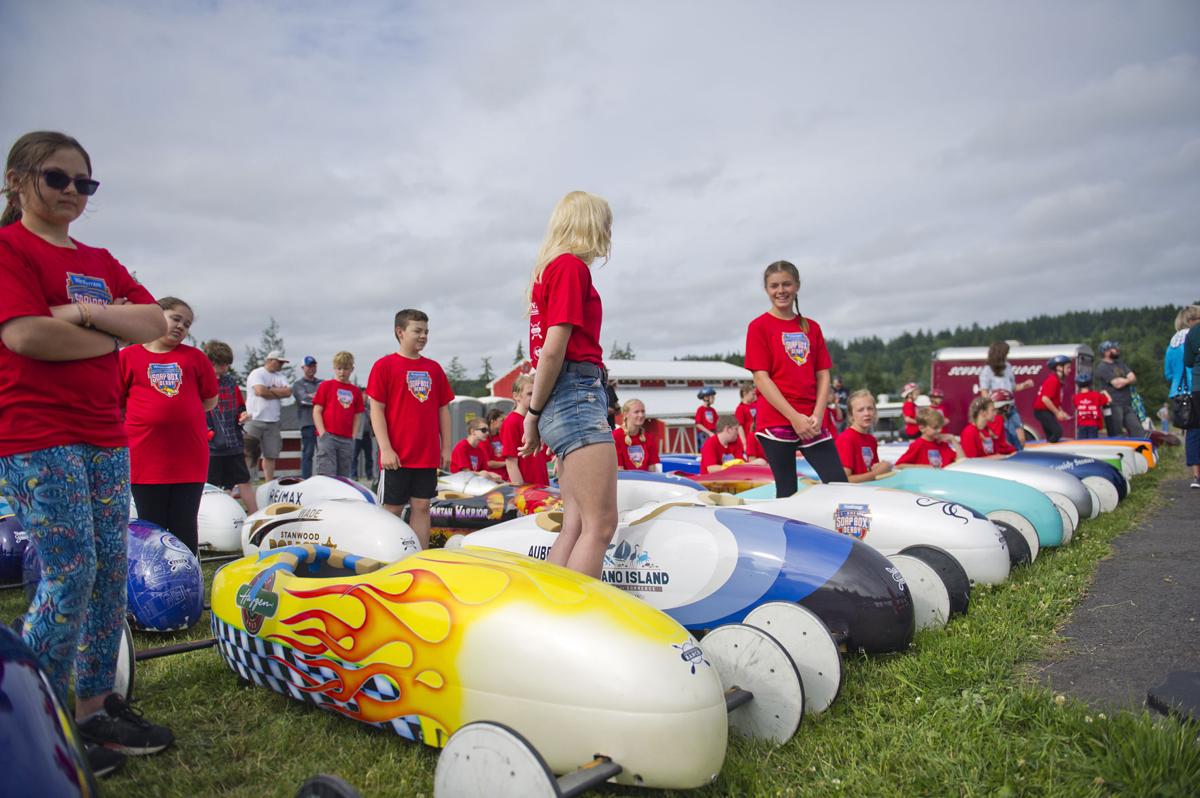 “We believe that this was the best year yet,” said Marla Heagle, who with husband Randy owns the local Windermere offices. They are the derby’s lead sponsor.

“The year off gave us time to add a few improvements to the ranch,” she said of the upgrades that included a silo at the base of the track for announcer Ed Bednarczyk and statistician John Swanson. “The Arrowhead Ranch also grew from 20 to 50 acres in 2020, so we were able to have onsite parking, making it easier for spectators, racers and their families to navigate. The food trucks were a new addition to the event also, and all of them sold out.”

But all eyes were on the track, where racers said the key to speed is fairly simple.

“The trick is to look out as far as you can to go as straight as you can,” said Leo Saylor, 10, who was participating in his fifth derby event. “Oh, and never look at the person you’re racing.”

Cyler Granston, 7, traveled to Camano from Solana Beach, California, for his first-ever race.

“The speed! First time down, I went faster than I thought,” he said. “But each time down it gets easier.”

The local soap box derby event incorporates science, technology, engineering and math (STEM) skills, while encouraging active mentorship and family collaboration throughout the derby car-building process. Most racers and family members have spent the past few weeks attending driving and building clinics in addition to working on their cars, many of which are paid for by local businesses. 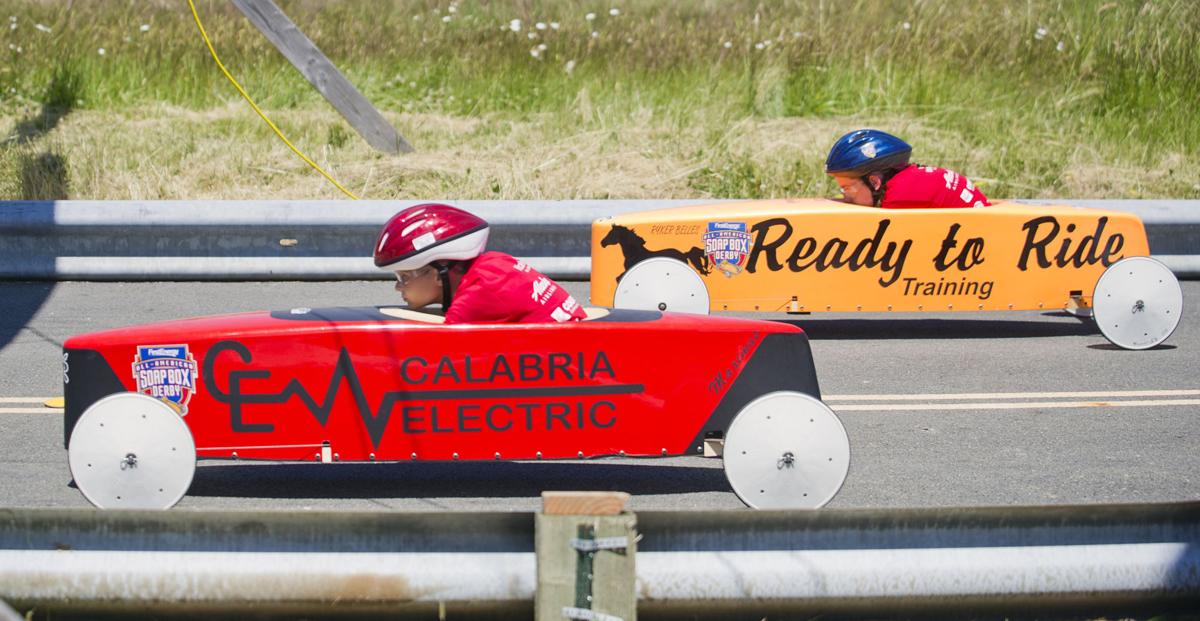 Later this summer, Arrowhead Ranch will host the Summer Classic Rally Races, a stop on the soap box rally circuit where racers can advance to Akron by accumulating points in a series of races.

Brown, who died in 2017, volunteered at the local derby since it started, helping with everything from assisting a family build a car to arriving at 4:30 a.m. on race day to put on the event, Heagle said.

Richardson, who died in 2019, was enormously generous to so many causes in the community — especially those that had a positive impact on kids, including giving his time, money, and equipment to help the race, Heagle said.

Derby racer Titus Placzyk won the Pat Richardson Positive Impact Award for encouraging other racers and helping the volunteers without being asked. 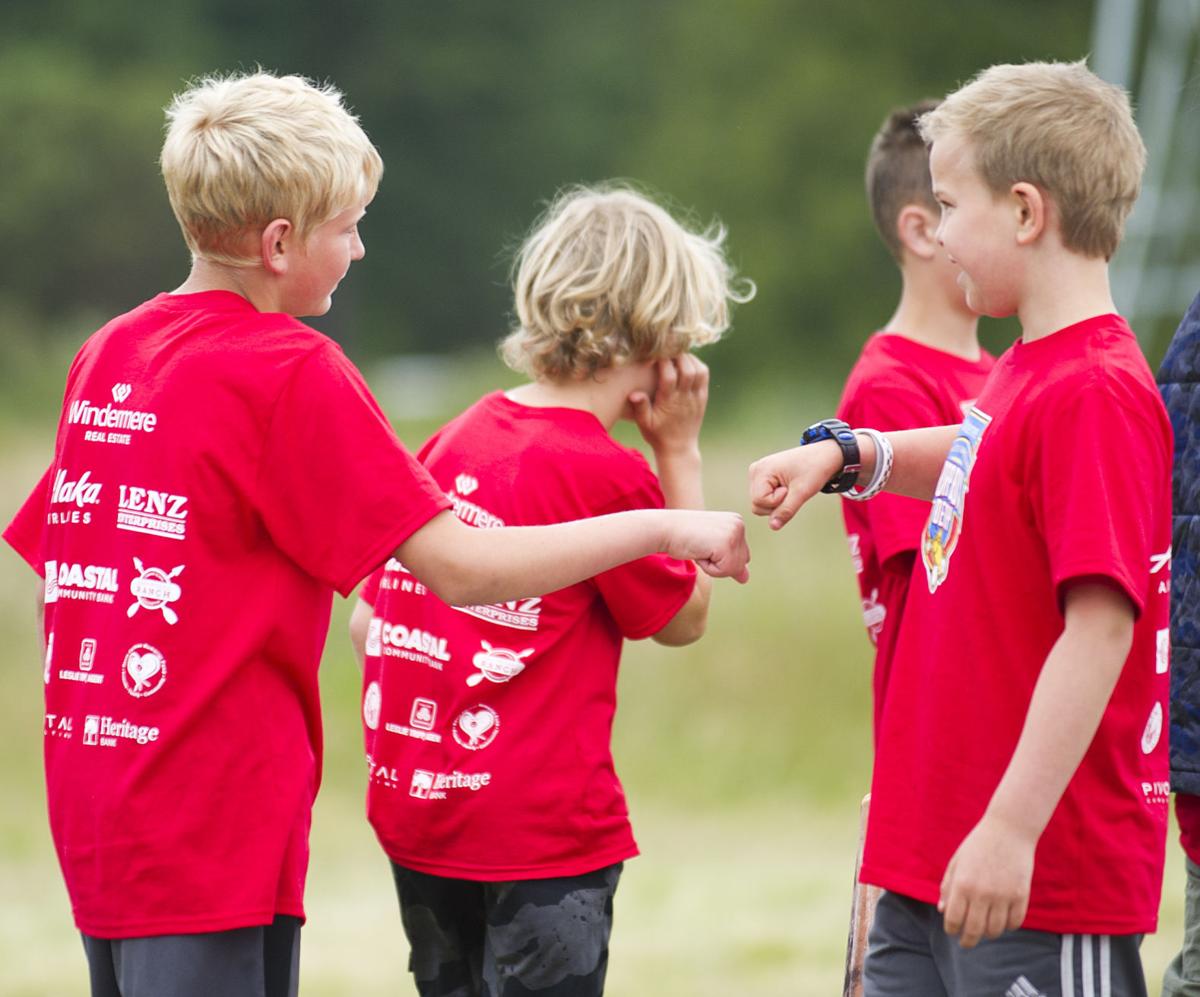 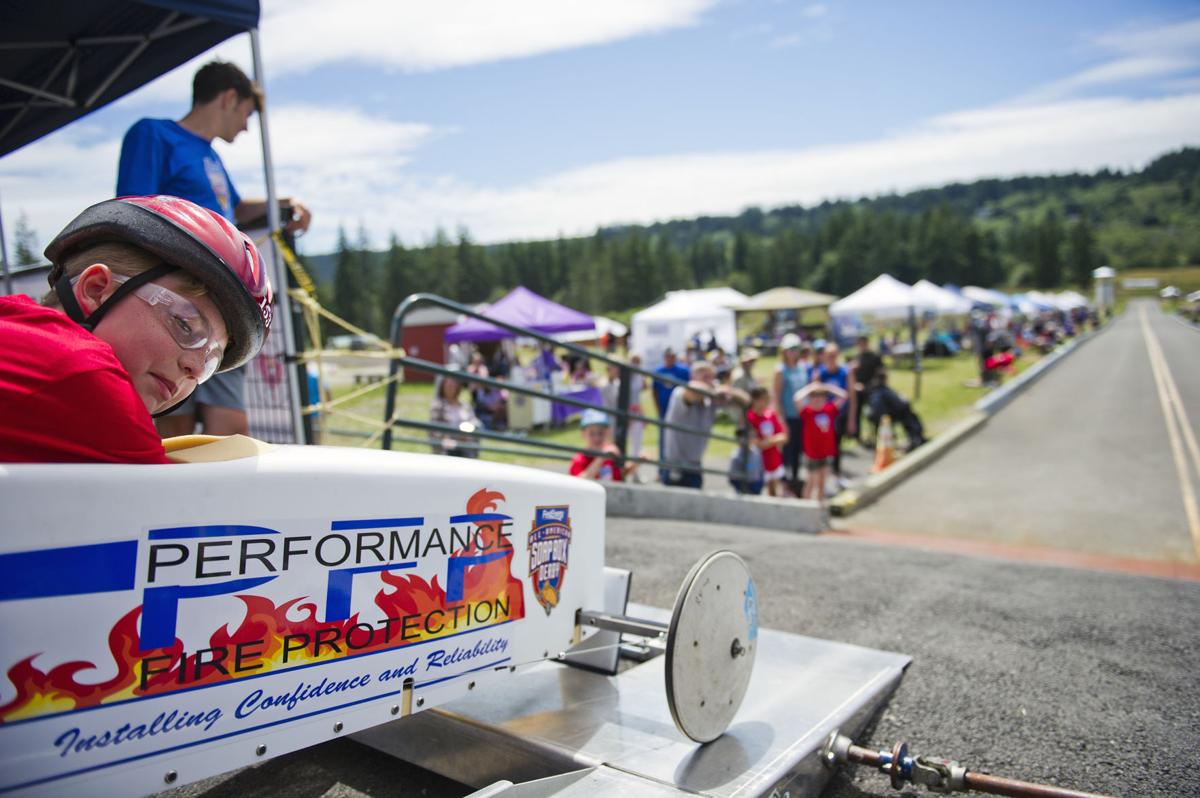 Related Articles
Buying Navigating the Property Management Industry Do you have a second home or investment property you are not using? Would you like to make an income through this property? It may be the time to become a landlord. In 2021, over one-third of households lived in rental properties. That means the demand for rental housing is high, while the need for […]
Buying Market Insights | April 2022 . April 2022 in Stanwood and Camano Island ended with a combined 170% increase in inventory over April of last year. This is one of the signs that our market has downshifted from a market that was extremely hot, to a more normal market similar to what we were experiencing pre-pandemic. This increase in inventory, […]
Buying Market Insights | March 2022 March 2022 in Stanwood and Camano Island looked different for our two markets. Generally, Stanwood and Camano Island mirror each other in many ways, but this month ended with the stats looking a little different in each area..New Listings: Camano Island added 20% fewer listings to the market in March, while Stanwood added a much-needed […]