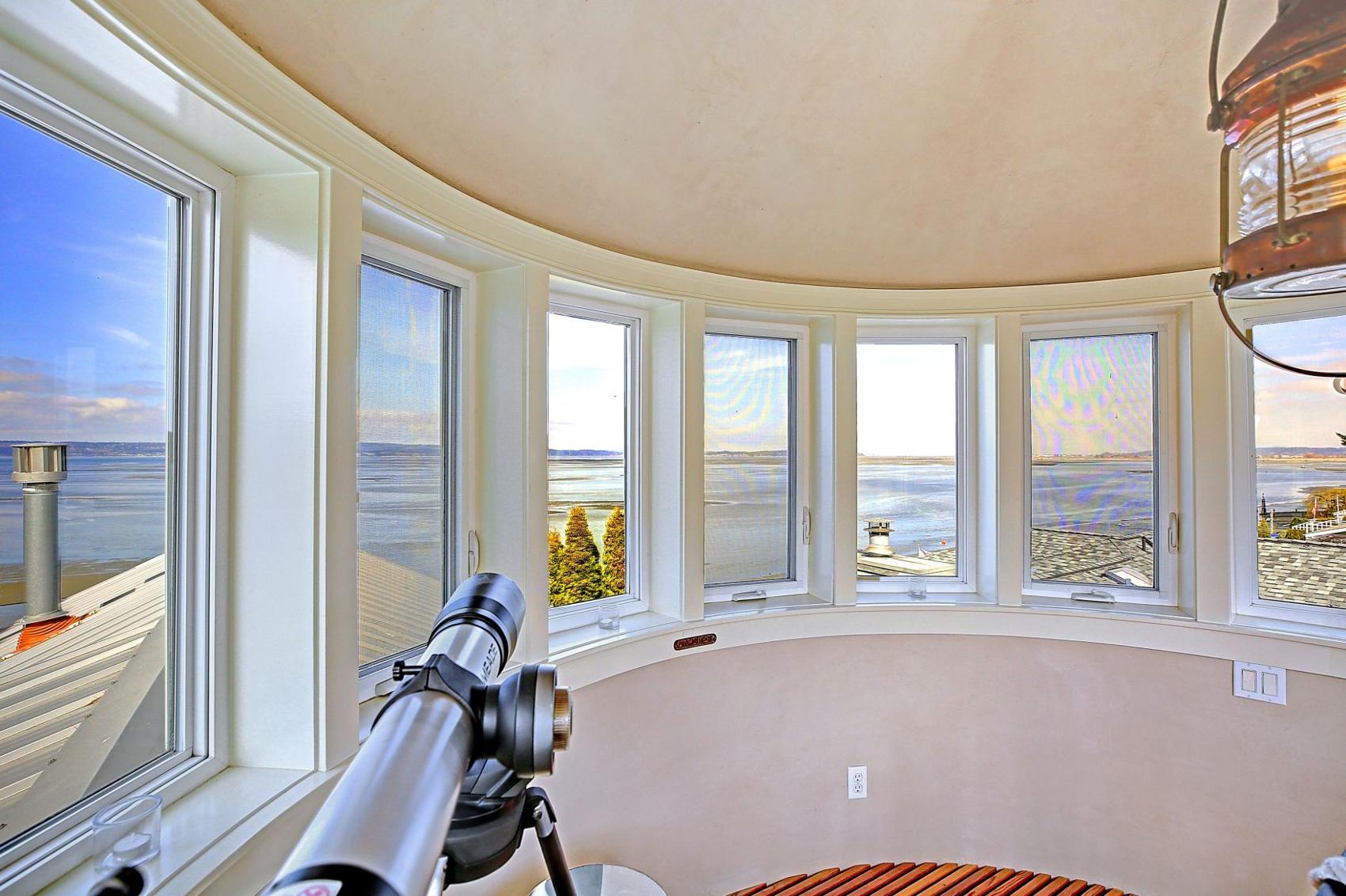 The award-winning house featured on TV and in magazines.

One of the area’s most iconic homes is for sale.

Easily identified along the Warm Beach waterfront by its lighthouse-inspired cupola, this ultra-green house is most famous for its sustainability.

“The goal was to build this as environmentally friendly as possible,” said Anna Porter, who owns it with her husband, Dave, who works in mortgage lending. “But a lot of the green building techniques we know today didn’t exist in 2007. We were developing and learning as we went. We made it into a public project so anyone could learn along with us.”

The effort paid off in the end.

The couple worked with a variety of local companies in 2007 to pioneer green additions for residential use.

“We were all learning as we went,” said Porter, who works in program development and project management.

At the time, the three-bedroom, four-bath home attracted widespread attention from media, the building industry and the public. By January 2013, more than 38,000 unique visitors browsed the project website, more than 3,000 people toured the home, and the project was featured in more than a dozen publications, including Natural Home, Smart HomeOwner and Environmental Design + Construction. It also appeared on the TV show “Renovation Nation.”

But in 2011, Porter suffered a stroke, leaving her right leg and foot with limited use.

“Getting around is tedious — actually, it’s dangerous,” she said. “We’re ready to move to something smaller and closer to grandchildren.”

The home is listed at $1.45 million. It’s a price tag that’s becoming less uncommon around Stanwood and Camano Island.

And the Porter’s home may be the most unique one to hit the market.

“I can’t think of anything similar,” said Linda Evans, the listing agent with Windermere Stanwood Camano. “There are green houses that have some features, but this has all the features.”

In addition to a rock fireplace made from stones gathered from the beach in front of the house and recycled glass accents throughout, there’s a temperature-controlled 1,100-bottle wine cellar situated three stories below the landmark cupola. The wine racks — like a handful of other features in the house — were made from parts of the 1907 cabin that previously sat on the 0.37-acre lot.

“It’s bittersweet selling this home, it’s been such a great story,” Porter said. “But it’s time for a plot twist.”