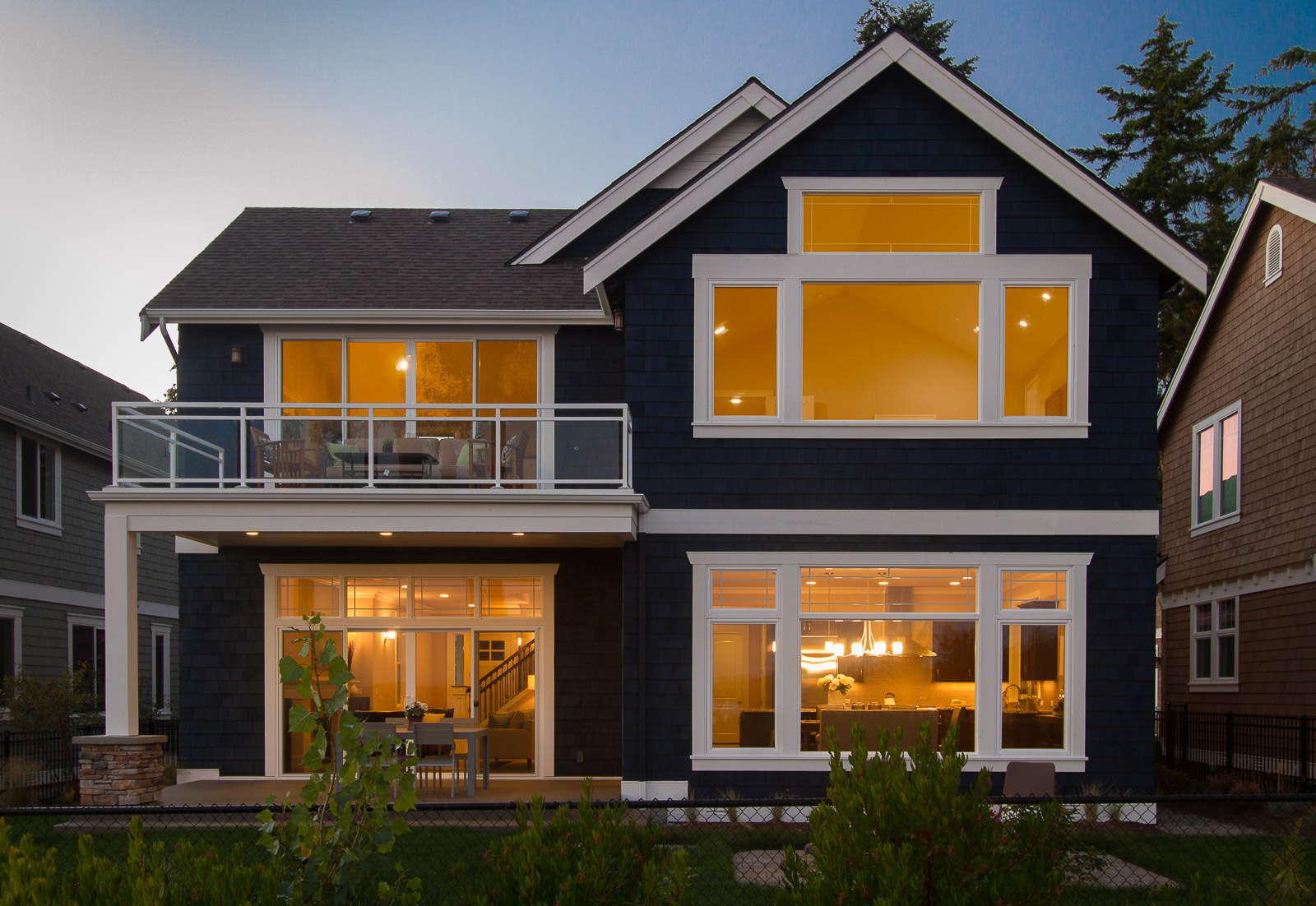 For months, there’s been one question in Seattle-area real estate: How low can prices go?       We may have found our answer.

King County home prices had dropped $116,000 since last spring, falling to a two-year low in January.

But in February, home prices bounced back as the median sale rose by $45,000 from the month prior, according to new data released Wednesday. It was the first time in eight months that prices actually went up, on a month-over-month basis.

And it was no small increase, either: In dollar terms, it’s the biggest one-month jump since records have been kept.

One month of data does not necessarily guarantee a new trend. But there’s evidence the market could be picking up speed as buyers start slowly coming out of the woodwork: Sales increased 1 percent on a year-over-year basis, a small amount but nevertheless the first increase since April 2018, back when Seattle was still the hottest market in the country. Brokers and buyers are reporting more traffic in open houses and the slow return of bidding wars.

And while prices usually grow in February coming out of the winter doldrums, this year’s bump was triple the average increase from the previous five years. It’s an ominous sign for buyers, given that prices almost always rise the most in spring, which is just around the corner.

King County’s median single-family house sold for $655,000 in February, up 7.4 percent from a month prior but still comfortably below record highs reached last spring, according to the Northwest Multiple Listing Service.

“Everything has picked back up,” said Grant Burton, a Seattle-based Redfin agent. He’s working on two buyer offers right now, and has four pending sales — all featuring bidding wars, which had all-but disappeared in the second half of last year. 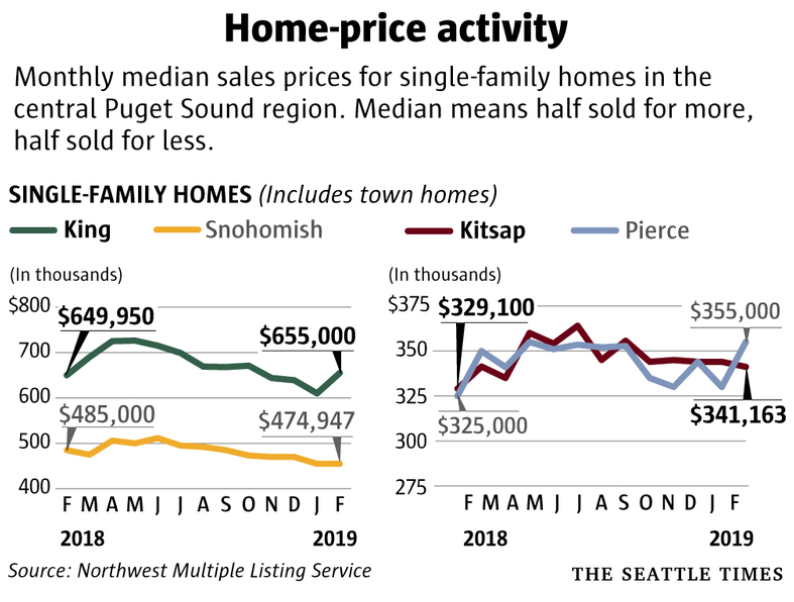 “When we noticed the cool-down last spring, buyers were fatigued, they were burnt out on the crazy market and not having enough time to do their due diligence,” Burton said. But then things went in the opposite direction — homes sitting unsold longer, prices being negotiated down — for long enough that buyers have started to feel comfortable enough to come back.

“It helps that there’s more inventory, and having more time (to decide on a house) has been a little bit easier for buyers to digest. And I think maybe people were trying to take advantage of not as many buyers to compete with,” he said.

The market isn’t back to red-hot by any means. On a year-over-year basis, prices rose a bit less than 1 percent. And the number of homes sitting unsold still doubled in that span. Brokers say instead of bidding wars with 10 buyers driving up prices way above the list price — which was common for years — now there might be two or three bidders on sought-after homes, willing to go slightly above list price. 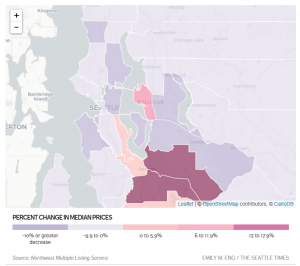 Paul Lundin and his wife are closing on a $1.5 million Ballard home now after losing three previous bidding wars. They wound up having to go $80,000 over list price and waive all their contingencies — such as the clause that allows buyers to back out of a home purchase if an inspection turns up new problems — to beat out other bidders.

“We ended up overpaying or at least paying more than we wanted to,” Lundin said. “I certainly would have liked to land something in December (before the market picked up), but it just is what it is.”

Lundin said it’s clear the competition among buyers has increased compared to when they started looking around last fall.

“It was going pretty fast, very contentious,” he said. “If you go to open houses on a weekend, there are people streaming out all day.”

A closer look at the numbers

But the turnaround hasn’t started on the Eastside. There, prices fell to $900,000 — down from a month ago and a year prior.

Also helping nudge buyers back into the market: mortgage interest rates, which had grown last fall, have fallen back down in the last few months.

Despite a shift in single-family home values, condo prices continue to fall — down 8.4 percent from a year ago across King County, the biggest decline in seven years. The median condo across the county sold for $380,000, down from a record high of $466,000 last spring. The number of condos sitting unsold more than tripled in the past year while sales continued to decline.

The cool-down also continues in Snohomish County, where the cost of the median single-family house fell 2.1 percent from a year prior — the county’s first annual drop since 2012. The median Snohomish house sold for $475,000, down from last spring’s peak of $511,000.

Pierce and Kitsap counties, which have been mostly immune from the recent slowdown as buyers seek out cheaper alternatives, continue to see prices grow.