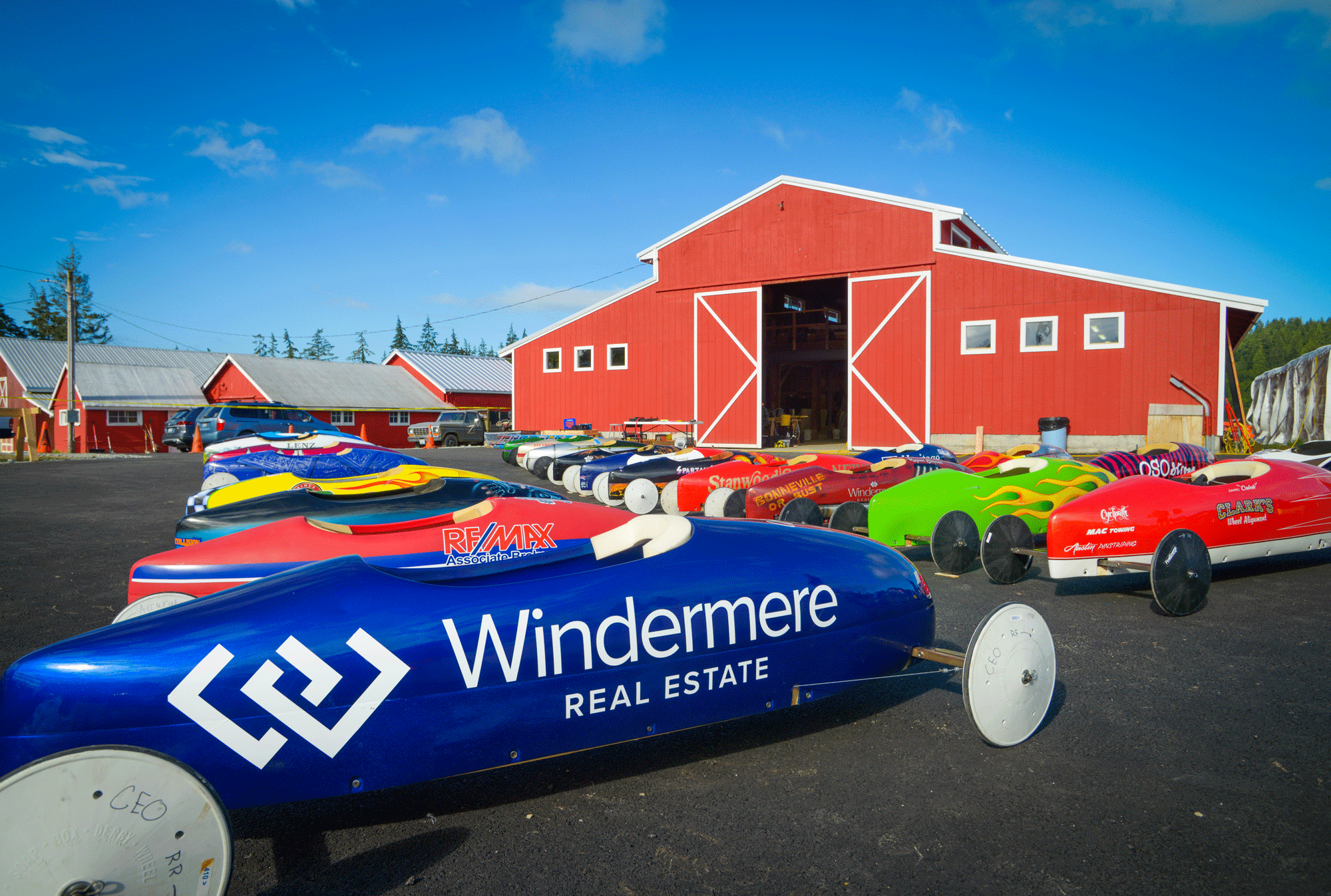 Races involving 73 cars are on Saturday at a converted ranch where striped pavement belongs to kids.

It was quiet at the ranch-turned-racetrack last week.

It won’t be on derby day.

The cars were built by drivers ages 7 to 17, supervised by parents, grandparents, friends and volunteers. They’ll be raced in the 11th Stanwood-Camano Soap Box Derby on Saturday. Two winners from the day-long event head to Akron, Ohio, for a national competition in July.

The Stanwood-Camano race has drawn hundreds of spectators in past years. 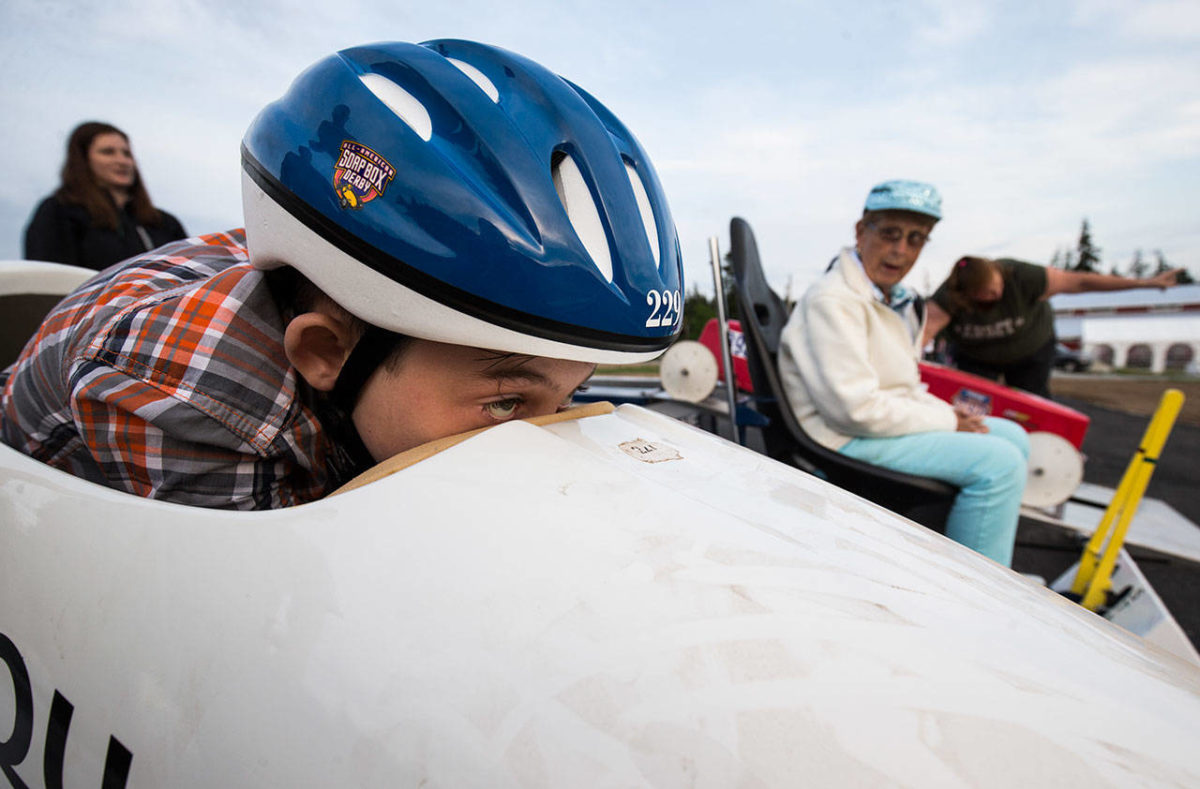 This year, instead of speeding down the slope of a closed city street in Stanwood, the racers will hurtle down a freshly paved track on an idyllic Camano Island property. A double yellow line splits the new black pavement into two lanes from the top of the hill to the end of the track, beyond which lies a green field and a ridge of trees.

Randy and Marla Heagle, who own the local Windermere Real Estate offices and started the event a decade ago, always had a vision to build a permanent home for the Soap Box Derby. They wanted someplace that wouldn’t inconvenience neighbors and traffic with a road closure, and where drivers could practice more often. They also see opportunities for more events, including regional rally races and team building activities for adults.

The couple bought the 20-acre property at 615 Arrowhead Road two years ago and began fixing it up. The Arrowhead Ranch was in rough shape, Randy Heagle said. They hauled four bins of garbage out from the barn, which has been transformed into derby headquarters.

Last week, workers were finishing putting in guardrail along the track.

“I just want to build a place that helps give kids memories, and when they look back at being a kid on Camano Island, this is one of those hero moments,” Marla Heagle said.

They started the derby because they wanted an event that brought together kids, businesses and the community. Ten years from now, Randy Heagle pictures derby cars on display in nearly every local business so when people arrive in Stanwood, they know it’s a derby town.

There are 73 cars for this year’s race, up from 24 the first year. Businesses sponsor many of the cars so that children can participate regardless of family income. Some private donors also have offered to cover the entry fee for children who otherwise couldn’t afford it, Randy Heagle said. Attending as a spectator is free.

There aren’t many Soap Box Derby races in the Pacific Northwest that can qualify a racer for the championship in Akron. This is the only one in or near Snohomish County. One local driver has placed sixth nationally and hauled home a large, shiny trophy.

“The kids can practice a lot more now,” Randy Heagle said. “Our goal is hopefully in the next five years we get an Akron champion.”

They’ve spent about $125,000 on building the track and derby headquarters, the Heagles said. A little more than $30,000 has been donated, and they’ve received contributions such as free use of heavy equipment. They are accepting donations at gofundme.com/buildatrack.

They’ve been working with the nonprofit Stanwood Camano Community Resource Center and dozens of volunteers. Windermere employees volunteer with the derby as their annual service project, and former drivers have offered to come back and help, too. One wants to do an Eagle Scout project at the new track.

“I think of all the people who have given time, effort, encouragement,” Randy Heagle said. “We truly couldn’t do it without them.”

On Saturday, people can bring camp chairs, pop-up tents and blankets, Marla Heagle said, and the easiest parking is at nearby Utsalady Elementary School.

The derby starts at 9 a.m. and is expected to continue all day.