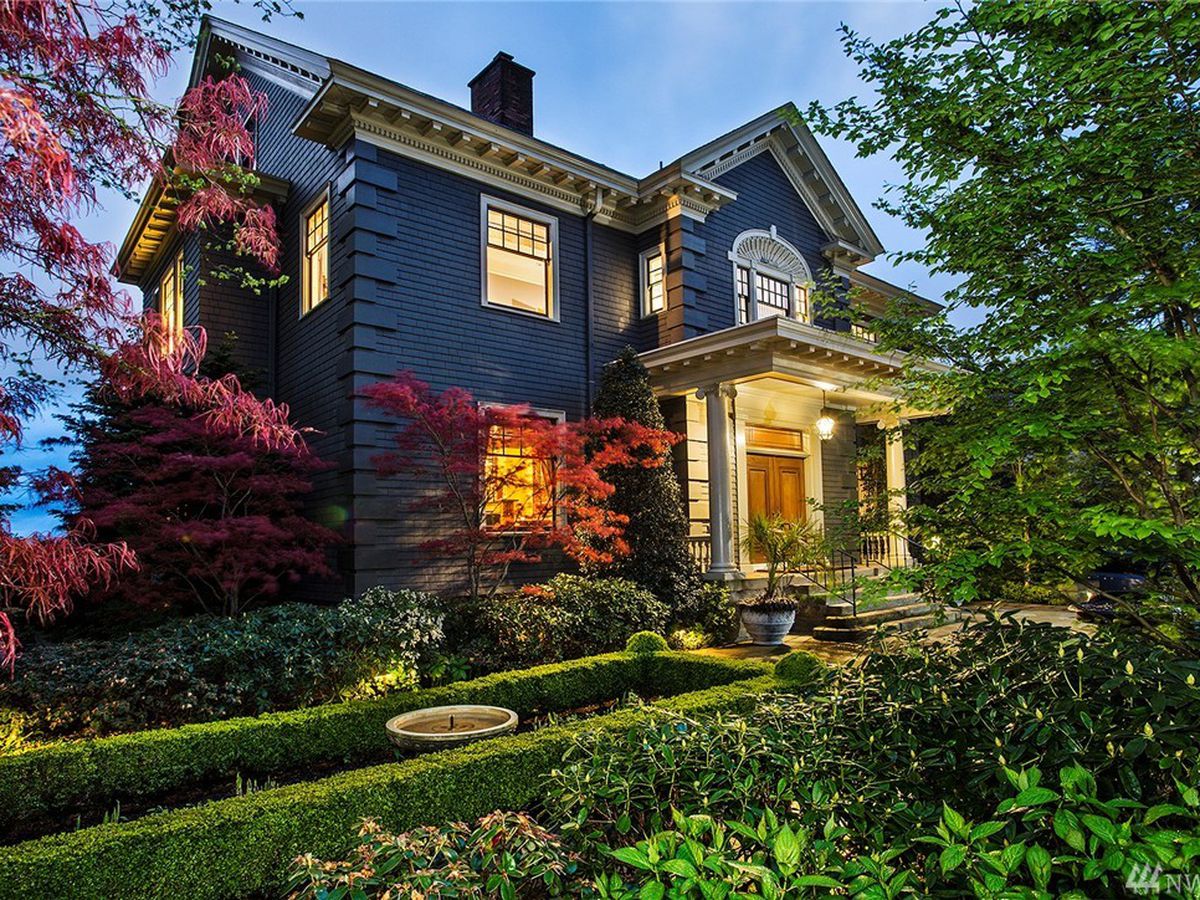 From Tacoma to Spokane, the housing market is hottest where homes are the cheapest,

As the Seattle-area real estate market has slowed over the past year, it’s clear things have gotten better for buyers of the region’s priciest homes. But people looking for anything resembling affordable housing haven’t had the same luck.

The monthly Case-Shiller home price index, released Tuesday, showed prices fell another 0.6 percent on a month-over-month basis in the Seattle metro area in December, although for the first time in five months it did not lead the country in declines. San Francisco did so with a 1.4 percent drop.

On a year-over-year basis, prices in Greater Seattle grew 5.1 percent, the smallest since prices were bottoming out in 2012, and similar to the national average.

But those numbers for the full metro area – which spans Tacoma to Everett – mask significant differences in the market depending on whether you’re looking at a Bellevue estate or a Puyallup starter home. 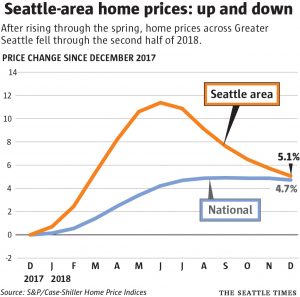 The report divides the metro area evenly into three price ranges: roughly those homes under $390,000, those over $620,000 and ones in between.

The most expensive homes, which are generally found in Seattle, the Eastside and upscale homes in farther-out communities, have seen their prices increase 3 percent in the past year, or roughly the same as inflation.

But prices grew 9 percent in that span for the cheapest group of homes, mainly in Pierce County, northern Snohomish County and some smaller homes in more close-in areas.

As for the middle price group — which includes plenty of homes in South King County and southern Snohomish County — home values grew 5 percent.

Demand has grown fastest for cheaper houses because they have become so rare in the region, which is now one of the most expensive places in the country to buy a home.

Six years ago, the cost of a median house in Seattle was roughly equivalent to today’s cost of the typical house in Tacoma. Those priced out of more expensive parts of the region have increasingly moved further north and south, driving up prices in the outer parts of the region.

The number of homes sitting unsold has roughly doubled in the past year in expensive areas like Seattle and the Eastside and has grown only slightly in the lowest cost parts of the region. The priciest parts of the metro area have had the highest share of price cuts and the biggest drop in overall home sales.

Homes are now even selling quicker in Spokane than in Seattle, for the first time in six years. That’s at least partially, again, because of people being priced out of the Emerald City; the biggest group of out-of-town home shoppers looking in Spokane are from Seattle. That median home price in Spokane? $205,000.

The federal government on Tuesday released its quarterly home price report, which includes 245 metro areas, not just big ones. Spokane had the fourth-biggest price gain in the country, with prices growing 13 percent in the past year. Yakima was sixth, Olympia-Lacey was 15th and Kennewick-Richland was 19th, all with prices growing more than 10 percent a year. Bremerton was 24th and Bellingham 30th.

Related Articles
Buying What’s a Home Warranty and Why Do You Need One? To be a homeowner is to understand that things can change at a moment’s notice. It’s only a matter of time before the systems in your home break and your appliances are on the fritz. But this inevitable truth isn’t meant to be all doom and gloom. Fortunately, you can protect yourself against these events […]
Buying Windermere Chief Economist Shares Local Predictions for 2023 Matthew Gardner, Windermere’s Chief Economist, joined us at the Camano Center where he delivered his 2023 forecast for Stanwood and Camano Island. He provided an in-depth look at the local market and highlighted key trends that will impact the area’s housing market over the next few years. His forecast provided essential insight into where Camano […]
Housing Trends Staying Safe When Selling Your Home Staying organized while selling your home can feel impossible, especially if you’re buying a new home at the same time. There’s also the pressure to keep your home clean and tidy for showings to prospective buyers. In all the chaos, taking the proper safety precautions can fall by the wayside, but it is something that should […]