This quirky century-old schoolhouse is yours for $695,000 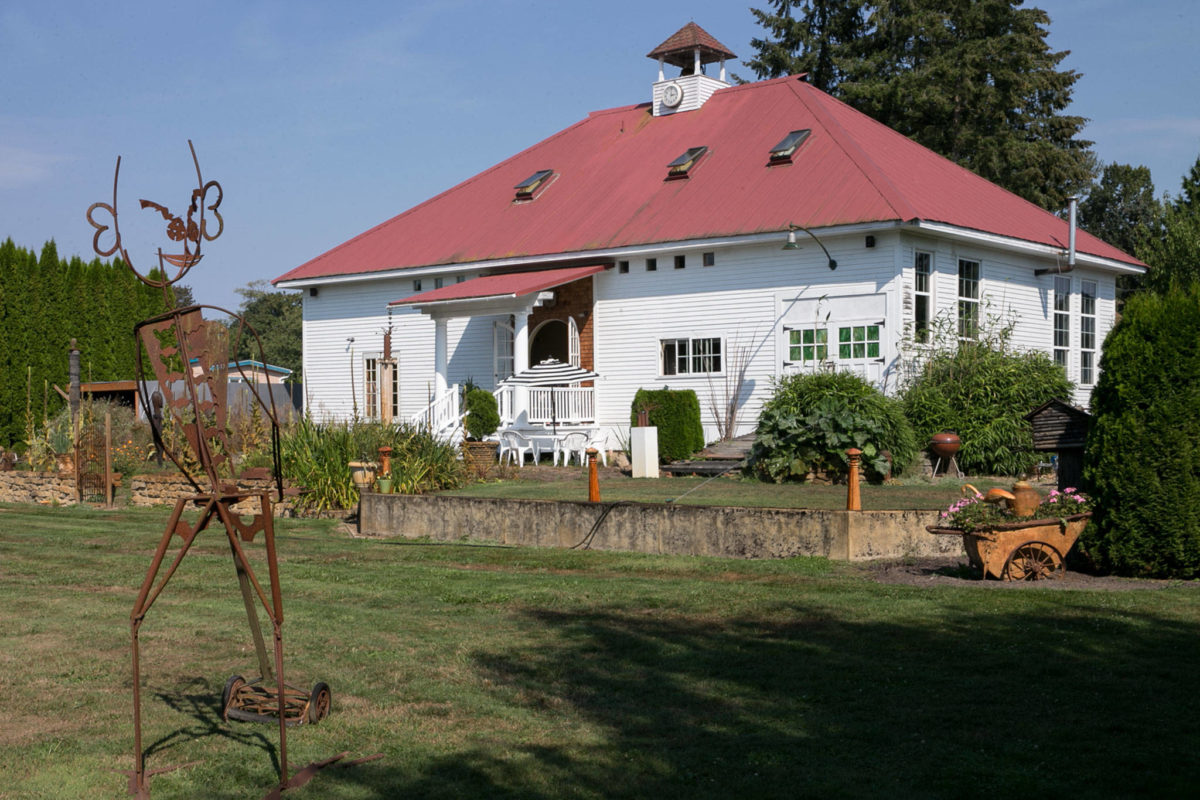 The two-acre property on the Stillaguamish River in Silvana includes a replica Old West town.

SILVANA — The old schoolhouse here and the quirky property it sits on, complete with a Wild West-style town in the back yard, is up for sale.

A larger, two-story school was constructed later. Lessons were moved there, and the older schoolhouse became a gymnasium.

The 1907 school outlasted its newer neighbor, which has been torn down. The building off Pioneer Highway — with white walls and a red roof — has been a private residence for at least two decades.

The building has been raised on a foundation above the 100-year flood level. A new bell tower sits on top. A little white chapel, saloon, restrooms, changing rooms, clubhouse, fire pit, fountains and greenhouse are among the features out back. The large yard has been the site of weddings, family reunions and memorials.

A photo album shows the building two decades ago, a shell. It’s still not finished inside, but there is electricity, plumbing and telephone line, along with the new foundation, windows and other improvements.

The replica Old West town out back was purchased around 1998 from a man in Lake Stevens and moved to Silvana. Behind the yard, a field spreads out, and then there’s the Stillaguamish River. Trains sound their whistles as they rumble over nearby tracks.

Berg plans to move to Arizona, where he has family. He’d like to sell to someone who will improve and enjoy the property.

Molly Alumbaugh, a Realtor with the Windermere offices in Stanwood and Camano Island, said the property is definitely one of the more interesting ones she’s worked on.

The building is about 3,300 square feet, including unfinished areas. The property includes about two acres.

Most of the people Alumbaugh has heard from so far are interested in the schoolhouse and yard as an event venue, she said. They like its history and character.

“With rustic farmhouse and Western weddings all the rage, someone could really go to town with this,” she said.