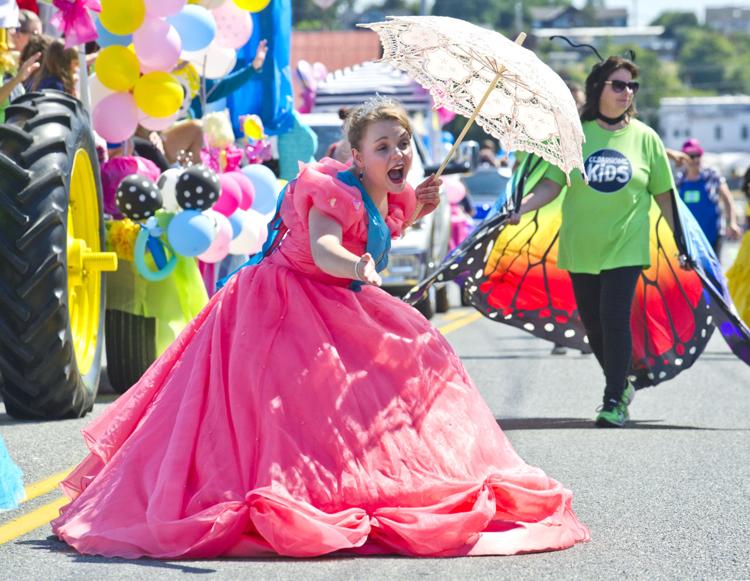 Seventy-six entries in this year’s Stanwood Camano Community Parade marched west through downtown Stanwood for about hour on Saturday, Aug. 4.

Dan Sailer, chair of the parade committee, said kids, teens and adults came ready to see a grand parade with entries from all over the area competing for top honors.

The parade, hosted by the Stanwood Camano Rotary, began with a flyover by the Black Jacks and featured various groups, bands and performers —many tossing handfuls of candy to the children lining the route.

“The Rotary Parade Committee would like to thank the following people for making this year’s Parade possible: Trevor Harrison; city of Stanwood Public Works; Stanwood Police Department; announcer Don Wick; Four Square Church for supplying the PA system; tables and chairs; judges Terry Vedders, Krystal Sunburg, Kjersti Sunburg and Jaime Eagle; and the Country Store for providing their parking lot as a staging area for the parade,” Sailer said. “And of course the amazing people of Stanwood, Camano Island and Warm Beach for coming out and supporting the Parade year after year.”