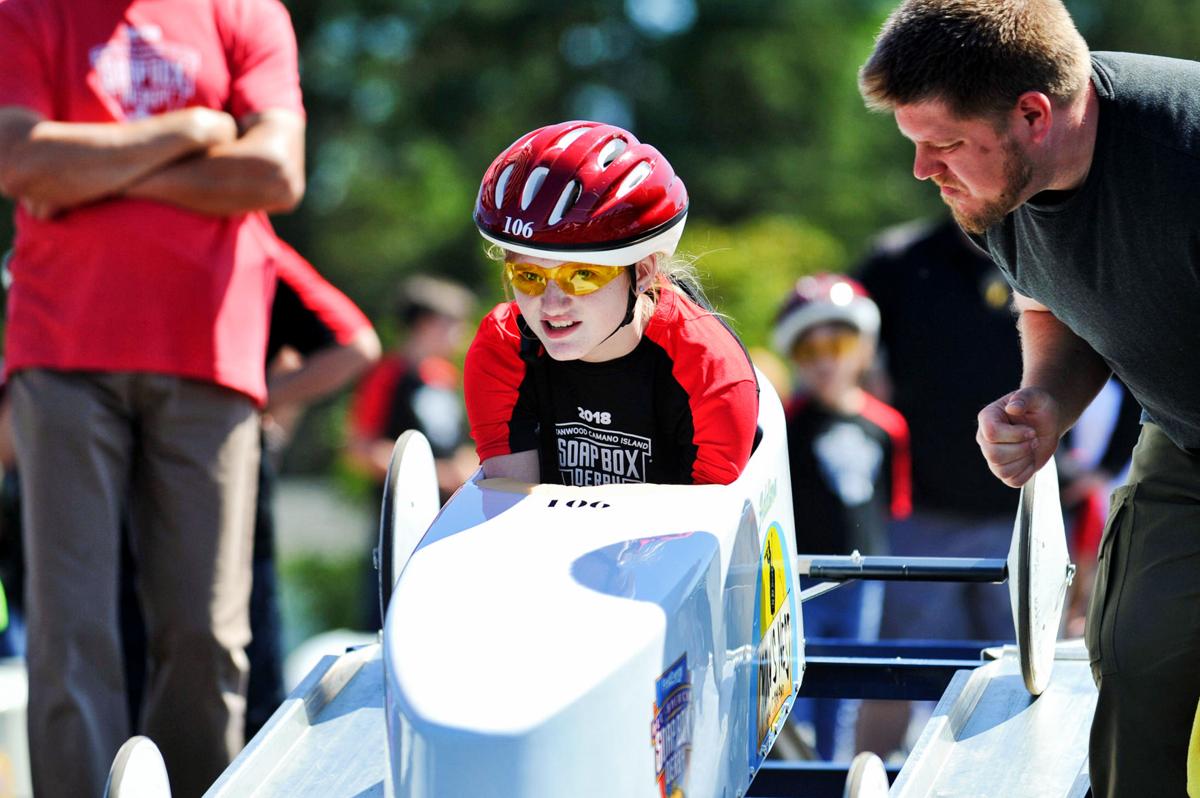 Mattea Black sat in her soap box derby car grinning ear-to-ear while waiting for her race.

“It’s just so much fun,” the 10-year-old Stanwood Elementary School student said. “I don’t know why you wouldn’t want to race.”

Black, who would go on to finish fourth in the Super Stock Division, was one of 72 kids racing down the new track Saturday at the 11th annual Windermere Stanwood-Camano Soap Box Derby.

Both champions and their families win a paid trip to Akron, Ohio, for a week in July to compete in the 81st All American Soap Box Derby. Champions at the All-American compete each year for the title of world champion and more than $36,000 in college scholarships.

The derby was held for the first time at Arrowhead Ranch on Camano Island, moving from Stanwood. The event attracted more than 1,000 spectators to the sun-soaked ranch for a day of racing, food and fun, said Christie Connors, Stanwood Camano Soap Box Derby director.

“The community came out, even people who weren’t attached to racers,” Conner said. “It was a real positive family experience.”

In addition, the 1,000-foot long track is at a more gradual grade than the Stanwood street, getting a big thumbs up from the racers.

“The other track (in Stanwood) is faster, this is a more steady speed,” said 12-year-old Jenna Sanders, who has raced the past five years. “You’ve got to stay straight and stay low.”

“It’s all about staying low and going straight,” the Utsalady Elementary student said. “It’s fun. I feel like it tests me if I can become a real driver. And I love the breeze on my face as I go down.”

As the only soap box derby in Washington, this event attracts racers from throughout the Northwest.